After two successful weekend sale of the Cherry Mobile Flare 3, the smartphone is nowhere again to be found. People are going crazy for this phone for only one reason – value for money. The Cherry Mobile Flare 3 is the latest smartphone from Cherry Mobile and the 3rd generation of the popular budget-friendly Flare line priced at P3,999. Specs include a quad core processor, 1GB RAM, 8MP camera, 8GB internal storage, 5-inch qHD display and running Android 4.4 Kitkat. It started selling on three select locations during the first weekend of August and recently this past weekend. 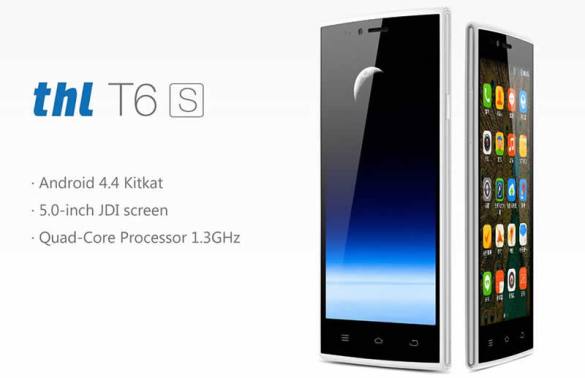 Do you want the Cherry Mobile Flare 3? There’s an alternative. You can buy a smartphone with almost the same specs for only P3,877. Folks, meet the THL T6S!

Online store Lazada is the only vendor selling the THL T6S. You can place an order here.

As you can see, specs are ALMOST the same. The difference is it has available stocks on Lazada. We just hope that Novo7 Tech, distributor of THL smartphones can sell this on their stores as well.