We are going to compare two Octa Core smartphones – the Starmobile Diamond X1 and THL T100s. Both are priced at P13,999, which of these two will best suit you? 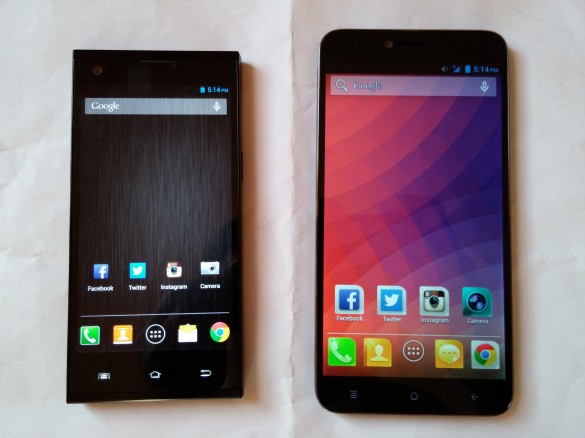 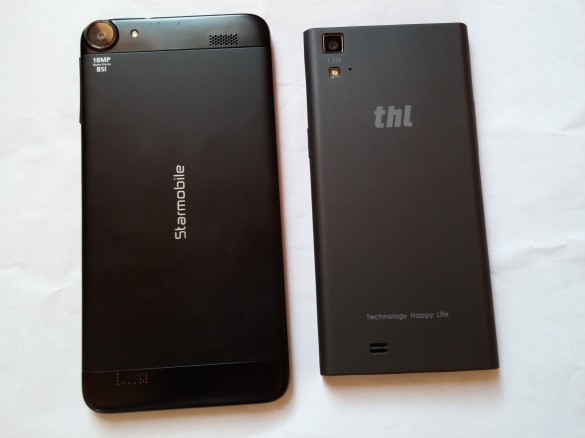 As you can see, both have pretty similar specs. Now let’s find out which phone will fit you better.

Users with big hands will appreciate the Starmobile Diamond X1’s 6-inch display. However, the display has a lower resolution of 720 x 1280 pixels compared to the 5-inch full HD display (1920 x 1080 pixels) of the THL T100s. During our review of the X1, we find the display decently sharp and bright. It will be perfect for games, watching HD movies and streaming TV. The THL T100s will appeal on users who prefer a smaller display and who likes sharp displays.

Both phone have amazing cameras especially for selfies. One advantage the THL T100s has is the dual 13 megapixel cameras. Of course Selfielords will enjoy the  13 megapixel front facing camera which takes good pictures even in low light. The Starmobile’s advantage is the rear camera’s bigger sensor – 18 megapixel with BSI (back side illumination). If you want a good point and shoot camera, the Starmobile Diamond X1 is your better pick.

One thing we like about Starmobile is the small battery found on some of their smartphones. Take for example the Diamond X1 which has a 2,300 mAh battery. Imagine how long the battery will last on a phone with a 6-inch HD display and an Octa Core processor compared  to 2,750 mAh battery found on the THL T100s.

Like storing music, videos and games on your smartphone? The THL T100s has a better advantage with its 32GB internal memory plus expandable memory via microSD.

Both phones will give you the best mobile experience. It will just vary on how you use your smartphone. For selfielords, like large storage space and compact design the THL T100s is your better pick, For users who use their phones for multi media and better camera, the Starmobile Diamond X1 is your better choice.