We spotted a demo unit of the Sony Xperia Z1 Compact at a Sony Mobile store in Glorietta and we took the opportunity to play with the it for a few minutes. 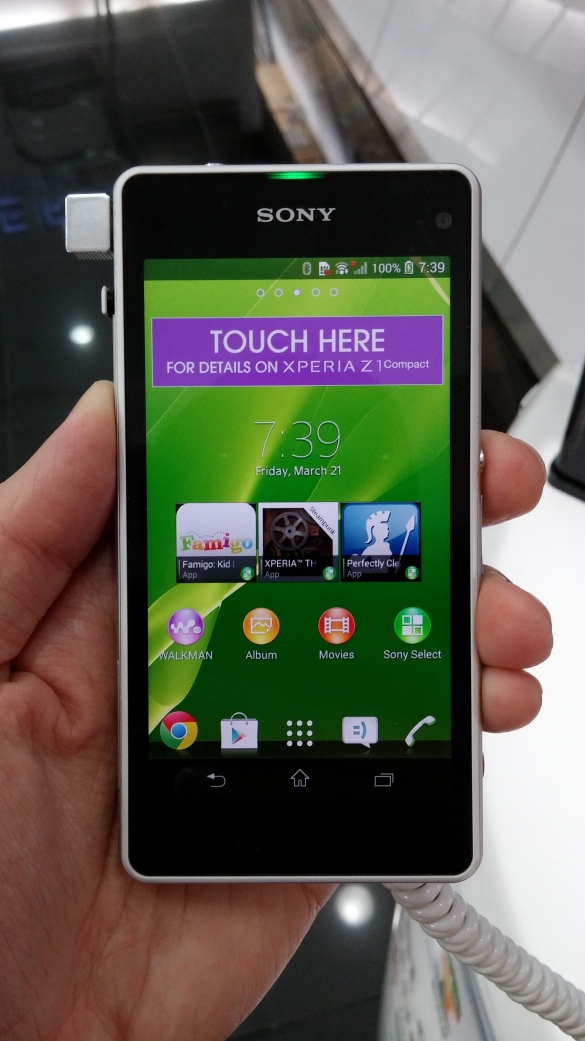 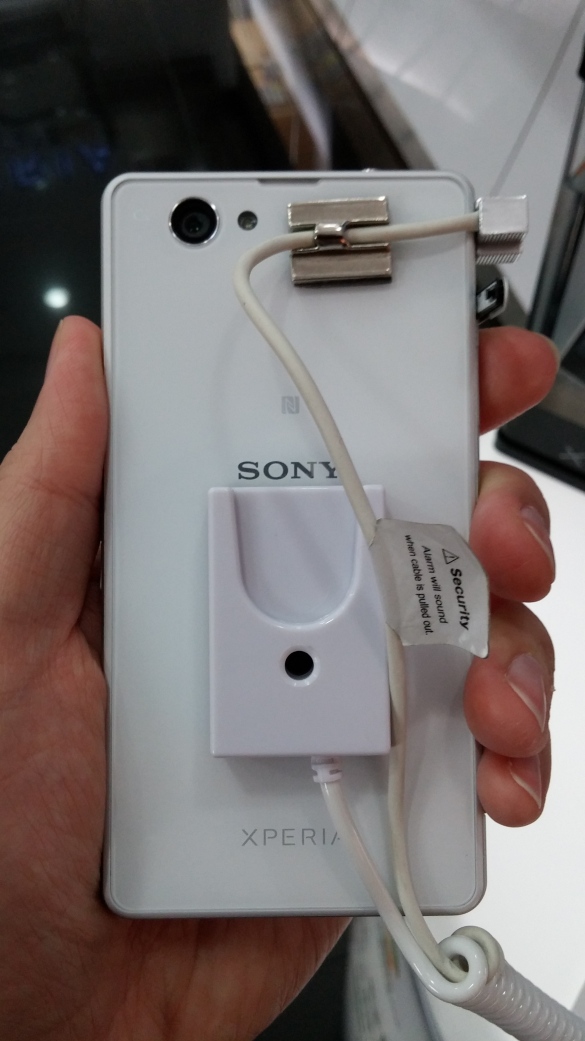 Build Quality and Hardware – The Sony Xperia Z1 Compact is just like the Xperia Z1 only smaller and lighter. It a little thicker too. What we like about the Z1 Compact the overall build quality.

Display – Probably the biggest improvement on this phone is the display. Sony has finally used an IPS panel for their display. The result? Better viewing angles that  is lacking on the Z1.

Performance – Normally, when we say “mini” specs are also toned down. Not on this phone because Sony retained all the internals of the Z1 on this phone.. So expect the same powerful and smooth performance when using the Z1 Compact.

Battery – We have yet to secure a review unit in order for us to comment over the phone’s battery performance.