Chinese smartphone manufacturer, Oppo announced the successor to the Find 5. Folks meet the Oppo Find 7! Launched in Oppo’s home country, China, the smartphone will be the company’s new flagship. Now the highlights of this phone are the super sharp QHD display (that’s Quad HD), its capability to take 50 megapixel photos (WOW!) and super fast charging. Oppo said if you’re going to use the proprietary charger provided by the company, it can reach from 0% to 75% in just 30 minutes. Now, that’s amazing! Let’s dig further on the specs. 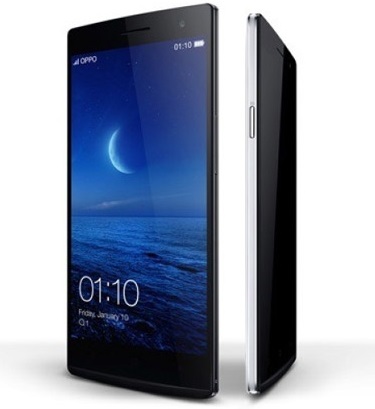 Now you may be wondering, how come the phone can take 50 MP photos if the camera is only 13MP? Well, according to Oppo there’s is a software added on the camera. It takes 10 consecutive shots of your picture and combines them into a 50MP image. This is also Oppo’s first smartphone to have LTE onboard, finally.

Related article – Oppo Will Enter Philippine Smartphone Market in May 2014

We reported last month that Oppo is entering the very competitive local smartphone market in May 2014. But we got news that Oppo will be entering the Philippine market on April 10, 2014 and the Oppo Find 7 might be a compelling smartphone to attract buyers to buy Oppo.

Android Authority was lucky enough to a first hands on with the Oppo Find 7. Watch it below: