LG made yet another bold move. The company has been surprising the tech world this year be introducing the new Android flagship, the LG G2 and its first tablet the LG G Pad 8.3. This time, they made a phone running a completely different platform – Firefox OS. 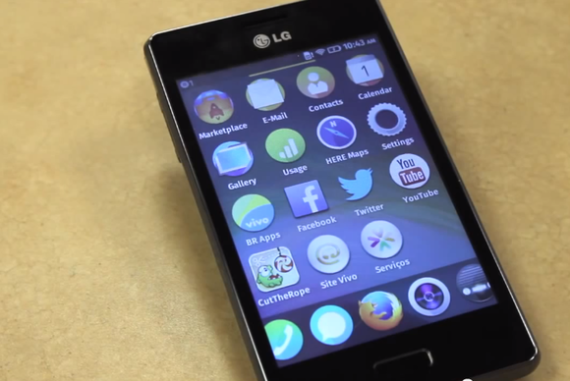 What is Firefox OS? It is an open source mobile operating system just like Google’s Android and Microsoft’s Windows Phone. The OS has been developed by Mozilla, the company that is behind Firefox browser that first use as an alternative browser to Microsoft’s Internet Explorer. It is a very very young OS which just started last year. So far only ZTE, Alcatel and Geeksphone have been making smartphones running the OS. LG’s entry to the Firefox camp is great news for Mozilla because it will open doors for developers to create apps for the OS. Just like Android, iOS, BlackBerry 10 and Windows Phone, Firefox also has an apps store called Firefox Marketplace.

Here is a quick demo of Firefox OS:

LG’s first smartphone running Firefox OS is called LG Fireweb. Specs are quite on the low end side because Firefox OS is made for low end phones. Mozilla’s target market are those who buy affordable smartphones so Firefox doesn’t really require top notch specs.

There are no official pricing yet but I don’t think this will reach the Philippines just yet.