We all know that Cherry Mobile has been releasing new phones very often than usual but I never expected that they will release a new barrage of smartphones for the holidays. That is based on the leaked photos spreading throughout the internet. One phone caught my attention. That’s the Cherry Mobile W900 LTE. This the first smartphone from a local brand that supports LTE connectivity! Let’s check out the specs. 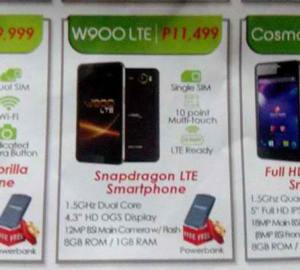 What made me gain more interest is the price – P11,499. This is already the cheapest LTE capable Android phone I’ve seen. I would definitely wait for this phone to available and expect a review.

Anyway, here are the other phones seen on the leaked poster meant for Christmas. 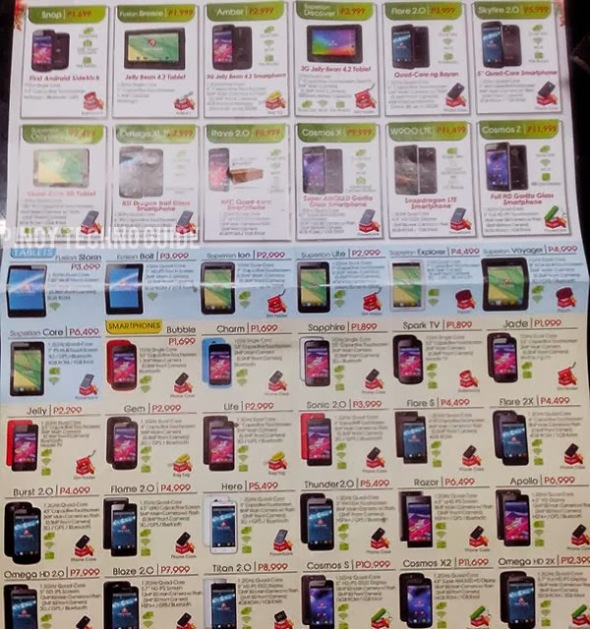 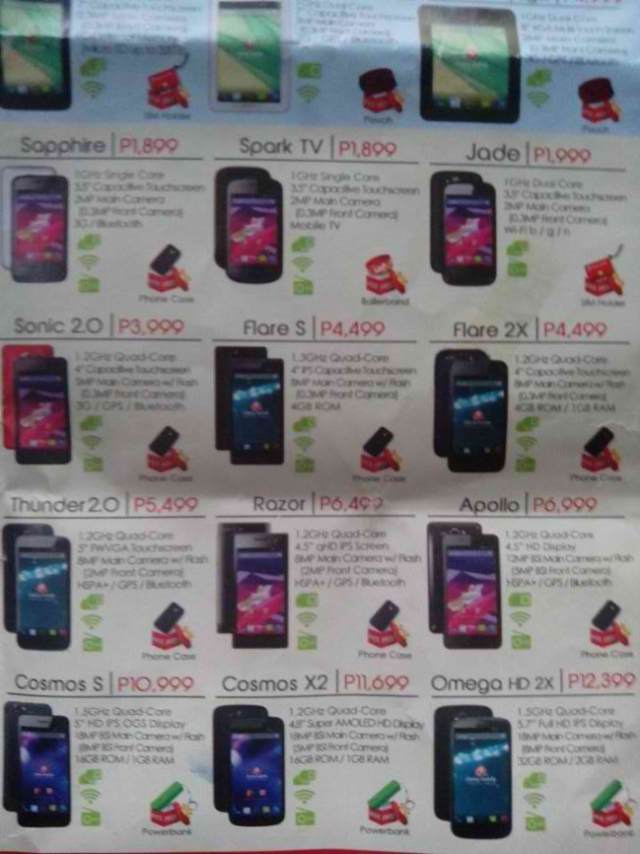 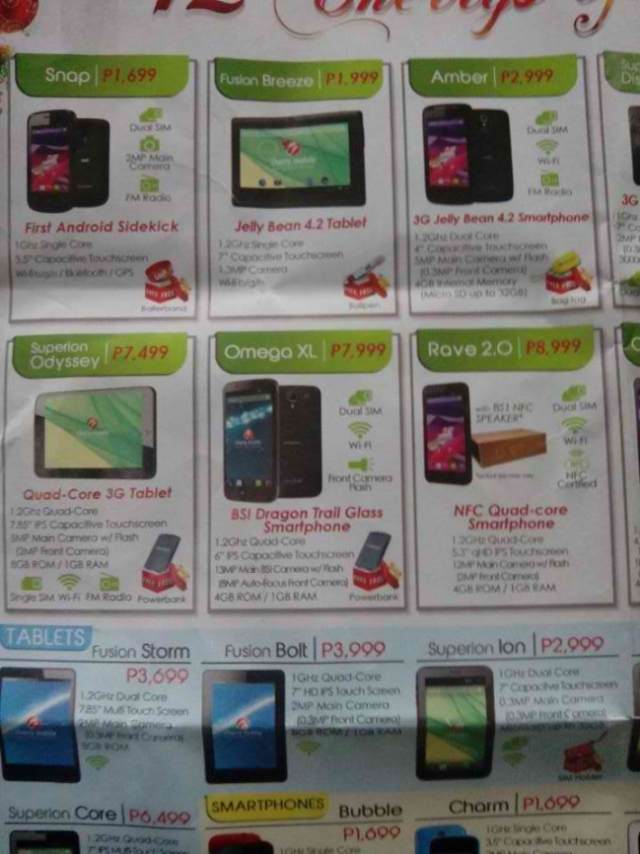 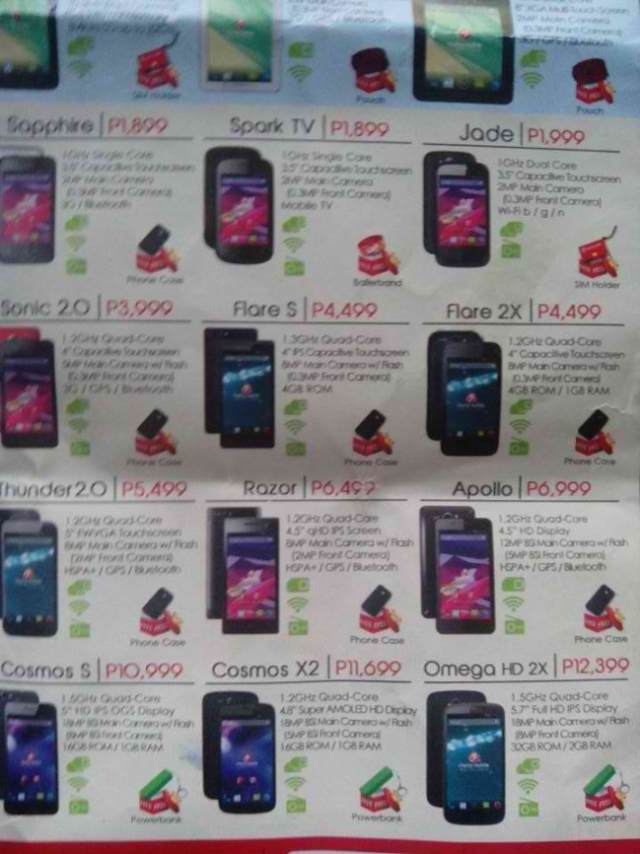 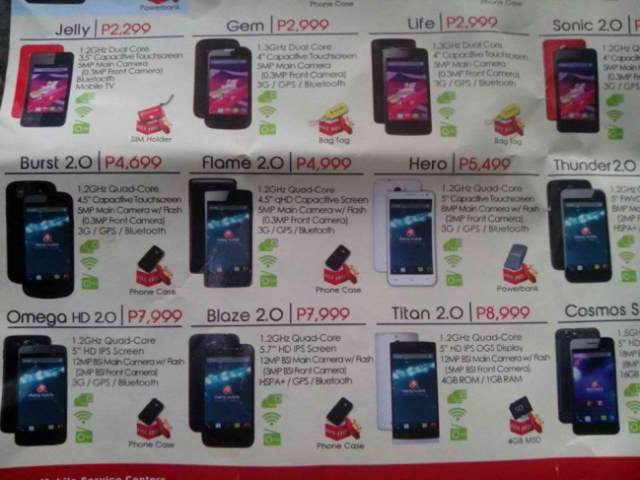 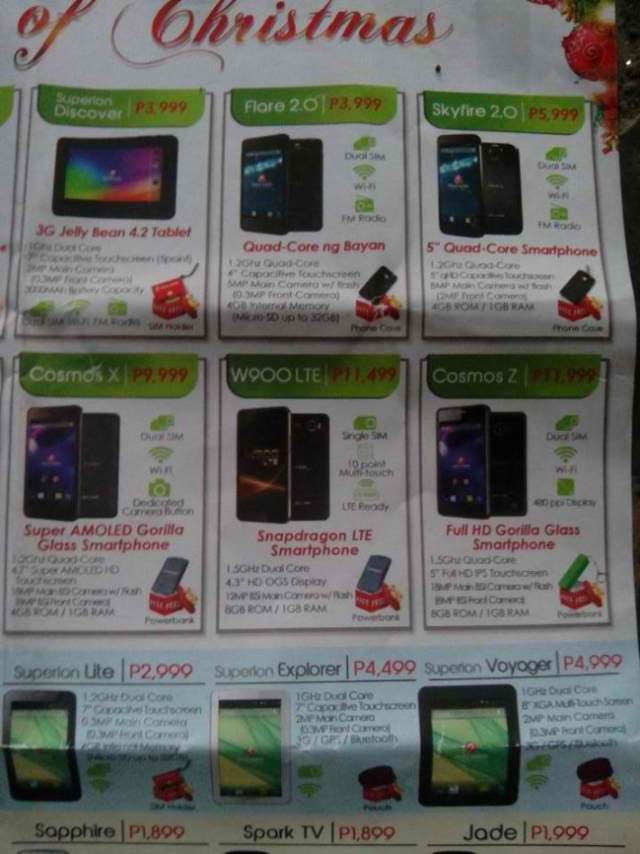